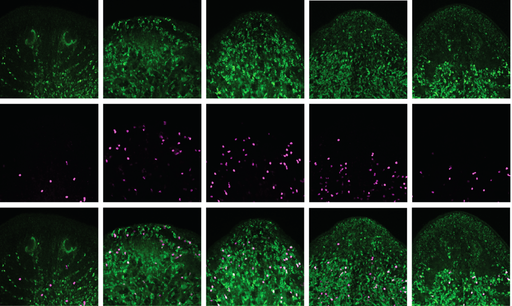 Regulation of stem cell differentiation and proliferation requires extensive changes in gene expression programs.  Some of these changes are initiated (or finely tuned) at the mRNA level by conserved factors that dictate the stability and translational output of mRNAs.  Using planarian flatworms as a model system, we characterized conserved regulators of mRNA required for stem cell maintenance and differentiation (Rouhana et al., 2010), as well as genomic protection from transposable elements (Rouhana et al., 2012).  A current focus in the lab is to identify transcripts whose regulation at the post-transcriptional level dictate stem-ness or cell fate specification, and to analyze the mechanisms involved in regulation of such transcripts by associated RNA-binding factors. 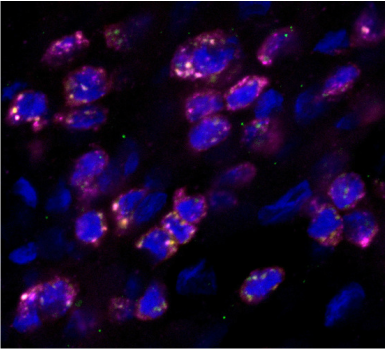 Chromatoid bodies and the analysis of Ribonucleoprotein (RNP) granules.

Chromatoid bodies are RNP granules present in the cytoplasm of planarian somatic stem cells.  These structures share structural and molecular characteristics with RNP granules also named "chromatoid bodies" present in mammalian spermatocytes and round spermatids, whose function remained a mystery for many decades. We have shown that stabilization of these granules supports silencing of potentially deleterious transposable elements in planarian stem cells (Rouhana et al., 2012).  A protein component of chromatoid bodies belongs to the PIWI family of proteins (SMEDWI-3), and may be partially responsible for transposon silencing in planarian stem cells via the piRNA pathway.  Surprisingly, we also found that mRNAs representing all histones (H1,H2A, H2B, H3, and H4) are present in chromatoid bodies in a PIWI-dependent manner (Rouhana et al., 2014).  These results suggest the involvement of chromatoid bodies and PIWI proteins in histone mRNA regulation.  We are currently furthering the analysis of PIWI-mediated regulation of histone mRNAs, as well as the identification of additional chromatoid body components. These efforts will improve our understanding of similar to RNP granules now known to be important for fertility, early development, neuronal function and ocular health. 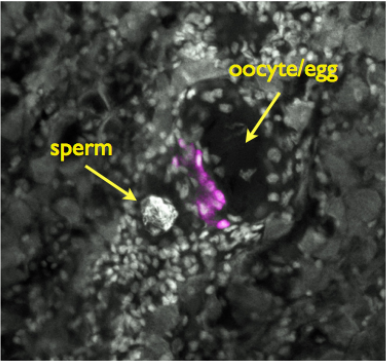 Our interest in mechanisms of mRNA regulation lead us to the identification of two planarian homologs of the Cytoplasmic Polyadenylation Element Binding protein (CPEB), which have separate sex-specific functions in development of the reproductive system.  CPEB1 function is required for the final stages of oogenesis as well as yolk gland development. CPEB2 function is required for late stages of spermatogenesis, and extrinsically for development of ovaries and accessory reproductive organs.  Comparative transcriptomic analyses of planarians with disrupted CPEB1 or CPEB2 function uncovered hundreds of genes with potential roles in specific tissues of the reproductive system, in particular the proper differentiation and function of gametes.  We are currently validating gametic expression of candidate germline genes and testing their function by RNAi.  The information obtained from these efforts is significant because it  increases our knowledge of genes and processes involved in gamete development and/or function.  This knowledge has the potential for creating new medical therapies to treat human sterility and cancer of the reproductive system, as well as uncovering new targets for the development of contraceptives.